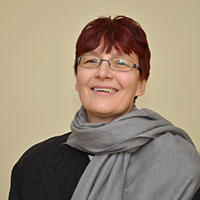 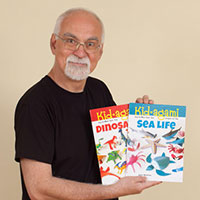 Hartiatoys® is a Montreal, Canada-based graphic design company, whose name comes from combining "HARTIA" (the word for "paper" in certain Slavic languages) and "TOYS".

It was founded in 2001 as a partnership between Atanas Mihaltchev and Maria Valkova.

Hartiatoys® produces Couplicoles® (taken from the French for cut-fold-paste), paper toys which are easy and fun to make.

Designed for arts & crafts lovers of all ages, they are perfect for group activities. Couplicoles® are also a great way for parents and grand-parents to spend quality time with their children, teaching them how to cut, fold and assemble colorful 3D characters.

The company's founder, Atanas Mihaltchev, is a professional graphic designer, who has won several awards for his original creations.

Atanas Mihaltchev was born in Bulgaria and has finished the Academy of Applied Arts in Prague, Czech Republic in 1980. His specialties are illustration and design. After living in France for several years, Atanas Mihaltchev has settled in Quebec, Canada, where he teaches photography and graphic design.

Atanas Mihaltchev exhibits his work nationally, and internationally. He is a member of the International Association of Hand Papermakers and Paper Artists (IAPMA). He has participated several times in the Amateras Sofia Paper Art Fest.